I needed to make some M4 nuts that could be finger tightened but I didn't have room for a standard wing-nut, so I decided to embed nuts in a printed plastic knob. I knocked up a simple design in OpenScad :- 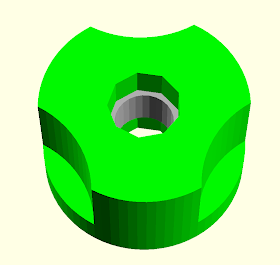 M4 nuts are nominally 3.2mm thick. I made the base and lid 2.4mm and sliced it with 0.4mm layers. That meant the top of the nut would be flush with a layer boundary at 5.6mm and I confirmed that the first covering layer was at 6.0mm in Skeinlayer. So I needed to pause the build before the start of the layer at Z=6.0 and insert the nuts.

I run my USB machines using Raspberry PIs and OctoPrint (so that all my machines are connected via Ethernet) and noticed a post by the author, Gina Häußge, that said OctoPrint interprets an M0 in the gcode as a pause command. The host stops sending gcode until you press the pause button to un-pause it again. I believe other hosts use

What we have is a sequence of non-extruding moves followed by an un-retract and the first extrusion. The moves are the result of the comb module and not really relevant if we are restarting after a pause, so I removed all but the last move and inserted my pause code: 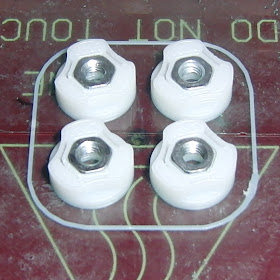 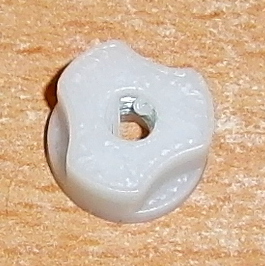 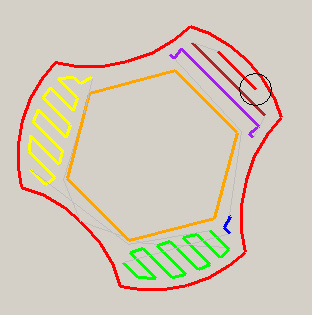 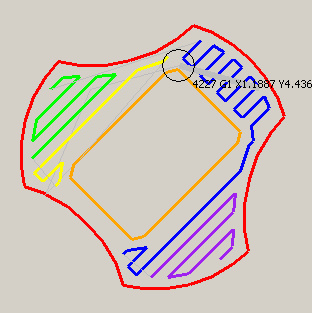 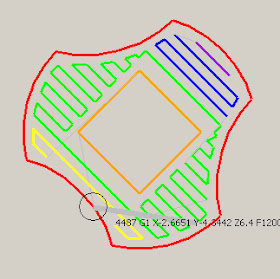 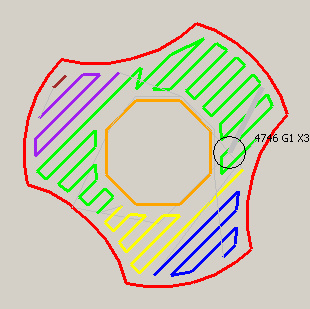 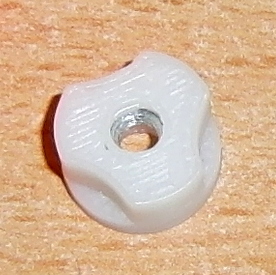 The cavity for the nut is made by subtracting a shape like this: 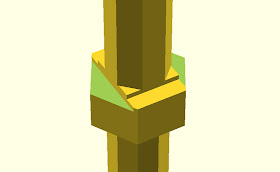 Here is the OpenScad code. It needs various functions from the Mendel90 source tree.

So this seems to be a general solution to printing holes in mid air without any support material. The only downside is that it is a bit weaker than using a membrane and drilling it out. In this case no strength above the nut was required. In general you can just make it two layers thicker.